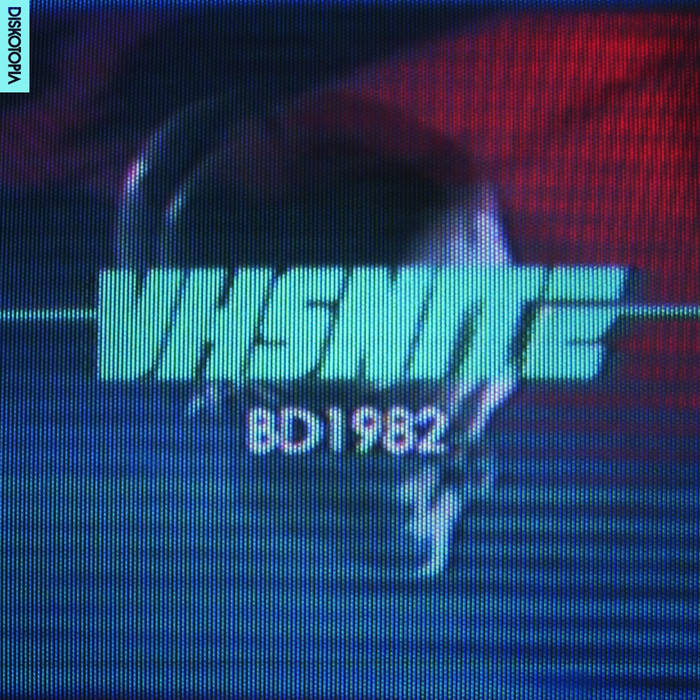 VHS Nite is American producer and DJ BD1982’s first release on the new Diskotopia label. This EP follows on from his album, Let’s Talk Math, and its accompanying EP, Trails, both released in 2010 on the Seclusiasis label run by Starkey and Dev79. Now based in Yokohama, Japan, BD1982, aka Brian Durr, has previously lived in New Jersey, Philadelphia, Queens and Kyoto. His sound draws on a constantly evolving palette of influences, ranging from Jamaican dancehall and UK grime on to 12-bit hip hop productions and Italo-horror soundtracks.

As its name suggests, VHS Nite is partly inspired by fuzzy memories of late nights camped in front of the video player. The EP’s title track, in both its original and “rewound” versions, allies the warm glow of childhood sci-fi and zombie movie nostalgia to a razor-sharp beat and bass attack, conjuring an aura of future/past transcendence, animated with BD1982’s signature stark rhythms. The EP is rounded out with two more original tracks: Utukku, centered around a mutant classic-house bass reminiscent of Adonis’ No Way Back, ebbs and flows with teasing beat-cuts and micro-synth flourishes; Amazon River Run combines a chopped up mix of Afro-centric and Roland drum machine-esque percussion with what sounds like an improbable 12-bit rendition of a Turkish street musician playing a traditional Celtic melody. Both of these tunes dig deeper into BD1982’s longstanding fascination with UK bass music, filtering the sounds of London and Bristol through a skewed videogame-damaged mindset, whilst juxtaposing surreal sound-clashes to synthesise a unique and intoxicating tropical dream-state.

As well as BD1982’s fellow Japan-based expat A Taut Line (with whom he co-runs the Diskotopia label) and Starkey, the remixes on this EP come from: Numbers recording artist, founder of the popular Grimetapes.com site and “Eski House” pioneer Slackk; the critically acclaimed electro-futurist producers Ikonika and Optimum, whose collective releases on Hyperdub, Planet Mu, Night Slugs, and their own Hum + Buzz imprint have secured their status as amongst the most forward-thinking and consistently impressive artists working in the current dubstep-emergent bass music scene.

BD1982 is a US-born producer currently based in Tokyo who co-runs the Diskotopia label with A Taut Line.

Now based in Tokyo, his sound draws on a constantly evolving palette of influences ranging from Jamaican dancehall and UK grime on to classic Detroit techno and psychedelia. ... more

Bandcamp Daily  your guide to the world of Bandcamp

Interviews With Butcher Brown and Slauson Malone, plus LP of the week by SAULT.